The Saucony Ride has long existed as the perfect middle ground for many distance runners — not so much cushion to weigh them down, but just enough to give them some much-needed protection in those later miles. The Saucony Ride ISO 2 is more of the same, but with a much more secure, adaptive fit. We know a lot of you are preparing for a marathon this summer — the Saucony Ride ISO 2 is one to consider when you start pounding out those especially long runs! 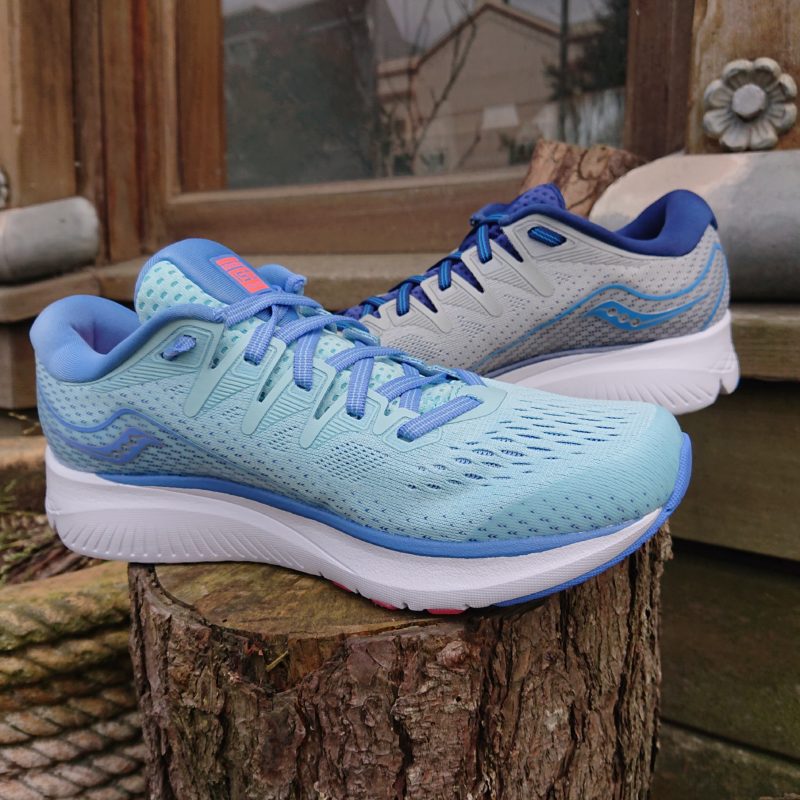 The Saucony Ride ISO 2 employs Everun, Saucony’s soft, springy foam — it’s some of the best stuff in the game for responsiveness, and it does help the Ride ISO 2 feel a little faster than comparable shoes with this much cushioning. But, the Saucony Ride ISO 2 just has a thin layer of Everun in the topsole, right under the sockliner — otherwise, the shoe is made up of lighter, more shock absorbent PWRFOAM. That helps keep the Ride ISO 2 on the more affordable side at $120, as opposed to Saucony’s more expensive shoes that use Everun throughout the midsole. It’s not a bad trade-off — there’s a lot of cushioning in this shoe, and while Everun is very responsive, it’s also on the heavier side.

The Saucony Ride ISO 2 has an 8 mm drop from heel to toe, which is a little lower than many other moderate cushion shoes. That’s usually the case with Saucony, making their shoes good options if you want to start building a little more strength and speed by lowering the drop of the shoe, but don’t want to change too much too fast (which is always a good concern to have!).

The upper is where you’ll find most of the changes this year. The Saucony Ride ISO 2 uses Saucony’s ISOFIT system, which gives you a snug, sock-like fit in the midfoot while leaving the usual generous amount of room in the toe box for a Saucony shoe. The ISOFIT on last year’s model was a little too restrictive for some runners — it’s a little more adaptive and comfortable this year, which should open the shoe up to even more runners.

If you’re looking to get aggressive with your marathon or half marathon training this year, the Saucony Ride ISO 2 makes a lot of sense. It’s a very well cushioned shoe, but it’s got a bit more of a kick to it thanks to that small layer of Everun foam in the topsole. You won’t necessarily be doing your speed work in it, but when it comes time to attack your long runs, it should be right there at the top of your list.

Is the Saucony Ride ISO 2 right for you? Use the Fitted Running shoe consultant to go through our gait analysis process and find out!