There aren’t many shoes that we get asked about by name — the Saucony Kinvara 10 is one of them. For ten years, runners have loved this super lightweight shoe for speed work and race day, and it doesn’t look like that will change after this year. Saucony has preserved and celebrated the legacy of the Kinvara with the Kinvara 10, starting with a limited edition colorway that pays tribute to the original. Check it out! 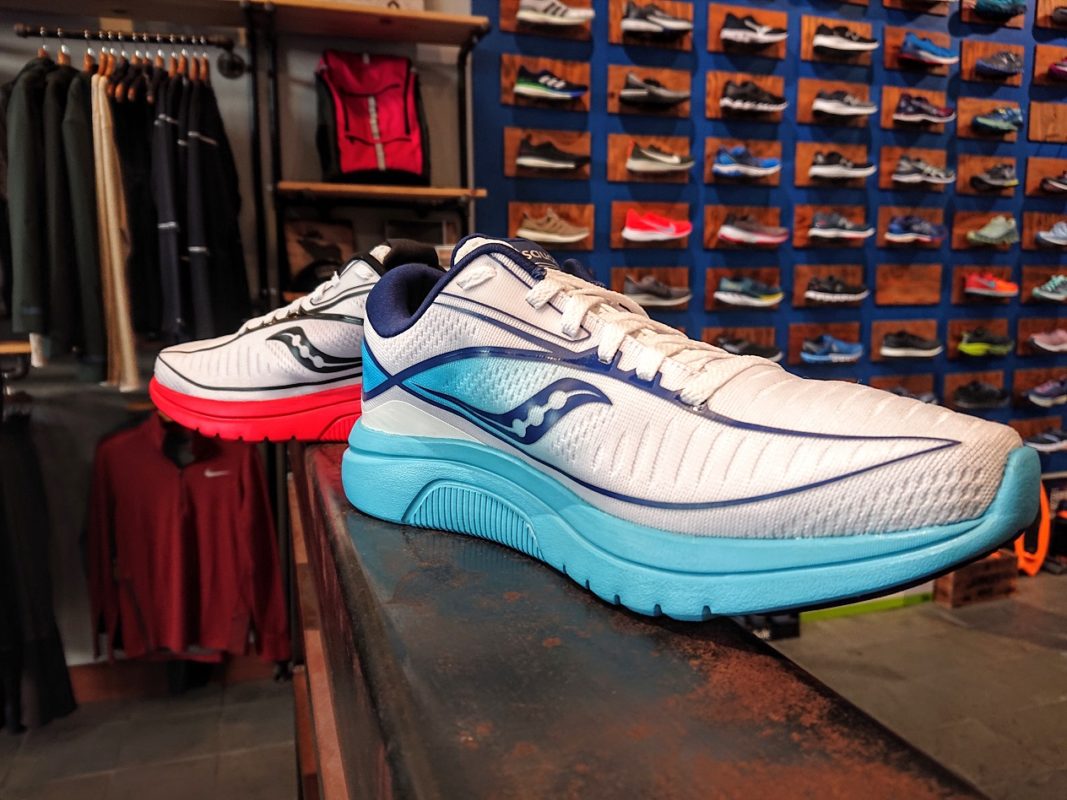 If you’re not familiar with the Kinvara, here’s the short version — it’s light and fast. The Saucony Kinvara 10 uses EVERUN foam in the topsole. EVERUN is Saucony’s most advanced foam, and springs back into shape very efficiently when your foot strikes the ground. But, unlike other Saucony shoes that use EVERUN throughout the whole midsole (like the Freedom ISO 2), the Kinvara 10 has a layer of EVERUN that rests atop EVA+ foam, which is closer to your standard shoe stuff. That’s not a knock on the Kinvara — EVERUN is heavier, so putting a layer of its bounciness over a much lighter layer of EVA+ gives the shoe terrific response while keeping it light overall (7.8 oz for men, 6.7 oz. for women). The Saucony Kinvara 10 is still a 4 mm drop shoe, so your feet and calves are going to put to work. But, because it is so light, it’s beloved by runners in need of shoes for races and speed work — these shoes are purpose-built for speed, and they do their job very well! 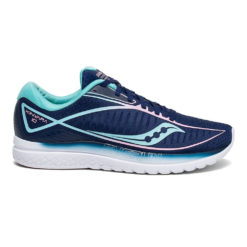 Saucony opted not to give the Kinvara the ISO treatment. Many new Saucony shoes have an ISOFIT upper, which provides a much more snug fit around the foot without taking away the usual wider footbed of a Saucony shoe. But, the ISOFIT upper includes overlays that help those other shoes expand with the foot during a run, and that adds a little weight — not really the Kinvara’s thing. Instead, Saucony kept the upper on the Kinvara 10 as light as possible, using a very comfortable and breathable engineered mesh throughout. The heel counter is on the wider side as per usual for a Saucony shoe, but perhaps not as wide as other Saucony shoes — we haven’t noticed as much slipping in the heel prior to using the runner’s loop to keep things secure. 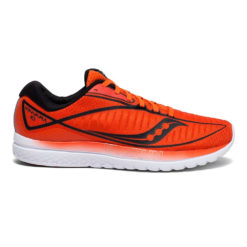 The Saucony Kinvara 10 is first available in limited edition colorways based on the original Kinvaras, with more colors to come after that. If you’re a runner looking to push the pace and confident in your strength, the Kinvara 10 is a strong choice — there’s good reason why this shoe has been popular for so long. If you’re just getting into running, you don’t necessarily need to look elsewhere, as long as you don’t go full speed ahead in them! If you’re a newer runner looking to build up strength, consider using the Kinvara for shorter runs or speed workouts, then rotating in another more cushioned shoe (neutral or stability, depending on your needs) for your long runs.

Is the Saucony Kinvara 10 right for you? Use the Fitted Running shoe consultant to go through our gait analysis process and find out!